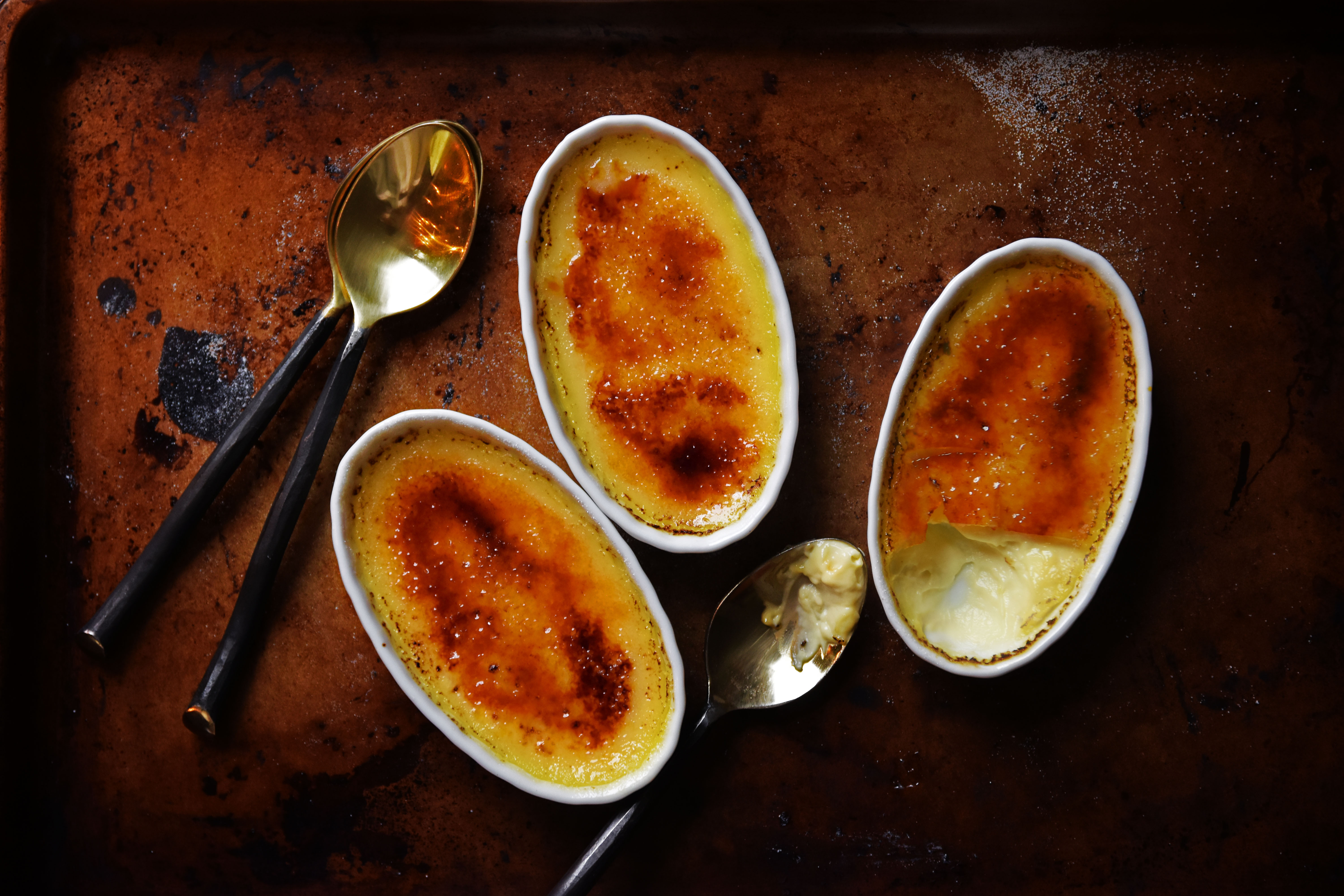 I’m not sure if it’s the hard/crispy/crunchy top, or if it’s the smooth/creamy/dreamy custard under that cracking hard shell, but I just can’t seem to get enough of this classic dessert.

Crème Brûlée just means “Burnt” Cream. And it’s such a special dessert that there are countries fighting to claim its origin. Really!! France, England, Spain all have a version of this decedent dessert. France released the first printed version of the recipe, in a 1691 cookbook. England claims that it was served at The Trinity College in 1630. Spain has their version recorded in the 18th century, which has cinnamon and lemon or orange zest in the topping.

Bottom line, no matter what the origin they all mean the same thing…. creamy custard with a hard caramelized topping of sugar. All I care about it how amazing this dessert is and how easy it is to make. You can even make this a day ahead!

You can bake the custard 1 day before. Just sprinkle the top with sugar and brûlée it before serving.